I was back at the windmill again for their Summer Fair and the launch of their Fundraiser Appeal to replace the sails and expand the site and the science centre. Three of the  spinners and myself offered to go and demonstrate and as one of the spinners is himself a trustee of the mill we were very well looked after.
We found ourselves a space under one of the marquees to set out the wheels and an inkle loom along with the display table.

Sue and Zoe made themselves comfortable with their matching wheels... It is beginning to look like Kromski are taking over in this part of the world, mainly because of their portability and the fact that there is a dealer within 60 mile of here.

The Windmill was decked out with the bunting and the strong wind made it an amazing sight as the sails whished by.

The display of handspun and assorted braiding caught peoples eyes as it fluttered in the wind and we all held our breaths as each dark cloud appeared but the rain came late on the day and didn't last long.

As this was the launch of the fund raising appeal, the Sheriff of Nottingham came along to add his support and have a go at the game called.............now here's the problem, I can't remember what they called it but it involved the apprentice miller John

thrown at him by most of the people attending including the Sheriff!!

These events always make the Windmill buzz and once the funds are raised and the site developed more it play even more of an important part in the local community.

Whilst all this was happening, Zoe simply borrowed my new mitts and carried on spinning.

Just a few photos, the afternoon was eventually rained off, I sheltered under a tree for maybe half an hour then decamped to the pub with friends. Still I had time to watch the Morris dancing and listen to a lovely long story about dragons. 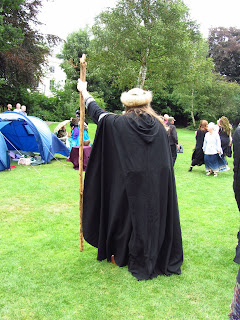 There were lots of people wearing cloaks and long flowing gowns, I did see a pair of pixie ears as well. 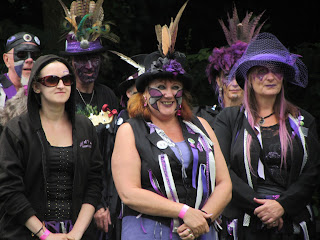 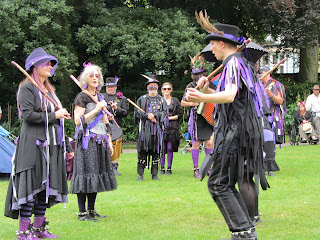 The Way of the Wyrd Border Morris 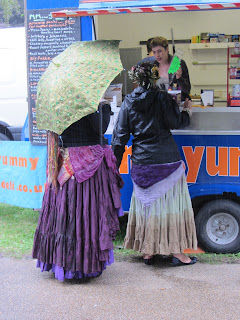 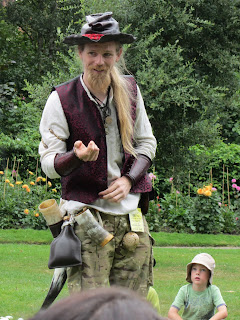 Viking story teller, didn't get his name but he was excellent!!

It was a fun follow up to the Riverside where I had spent the whole day spinning whilst listened to folk music and watching Appalachian dancing, no photos as the big top tent cast a very strange colour across everything. 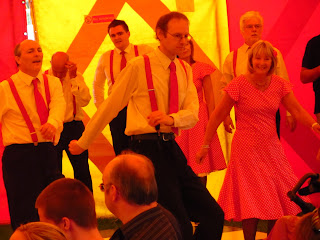 See what I mean about funny colours !!

Have a great week everyone !!