We have just got back from our first trip of 2023, cheated a little by taking the car and staying in a Premier hotel but looking at the figures using the van wouldn't have been much cheaper especially taking bus/taxi fares into account.

We were once again based in Bridlington and another reason for having the car meant that we could have a look round the surrounding area more easily. 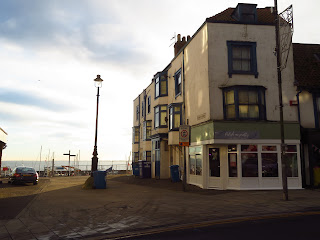 The bay windows on the older houses always remind me of the ones in Cromer. 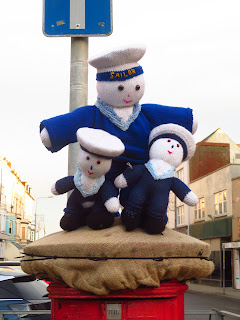 The post box had a trio of sailors on it, I'm not sure who is responsible but I had heard that there are one or two knitting groups around.

We had a good trawl around the charity shops, picked up one or two bargains which I will share in the next crafty post. 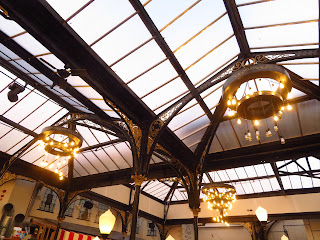 We stopped off at the pavilion to admire the wrought iron work, grab a bite to eat and watch the sun set. 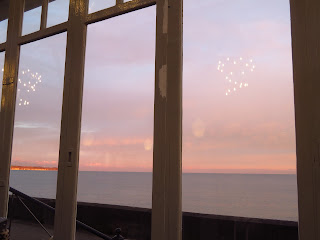 The street lights were on by the time we left making the sky much more dramatic. 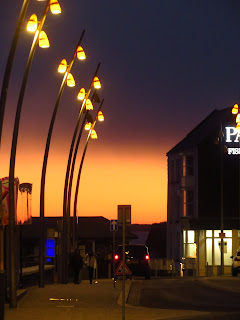 The next day, after stuffing ourselves with breakfast, we headed out to Hornsea which is famous for the pottery produced there until 2000 although it is probably best remembered from the 50s-70s. The museum was closed but we will return to visit sometime. 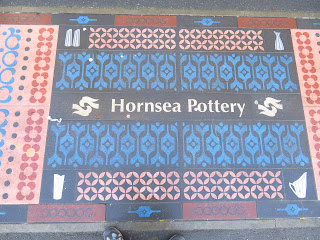 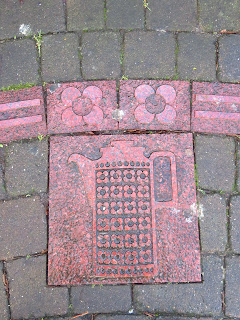 I found a lovely little craft shop called Dizzy Birds ( the owner was lovely) and I suspect that I will be going back again at some point. 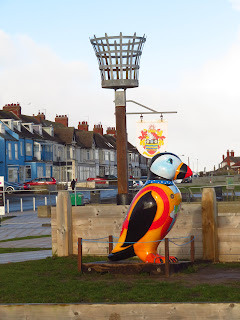 We also found one of the many puffins scattered around the coast, I think they are around until the end of March. The local charity shop may have made a few bob out of me as we staggered back to the car with a couple of bags of goodies !
Our next stop was Withernsea which unfortunately seems to be suffering like a lot of towns from lack of funding, closed shops and looking a bit shabby. I know its winter but after Hornsea it was quite noticeable. Also very obvious was the lack of the pier, there was one once but it was very short lived and after several boats hit it, it was torn down leaving just the stone towers at the entrance. 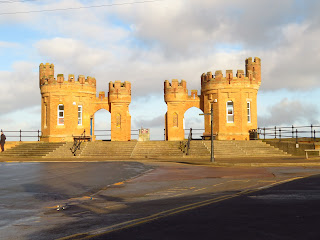 See Withernsea in pictures for details of the history and plans to redevelop the little that remains into pleasant seating and viewing area. 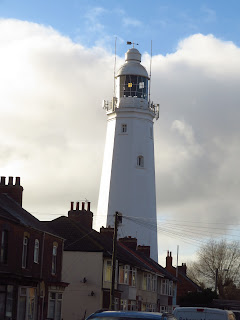 The lighthouse still remains as a museum and you can climb the stairs to the top, apparently there are 144 of them !
We returned to Bridlington for another attempt to capture a sunset. 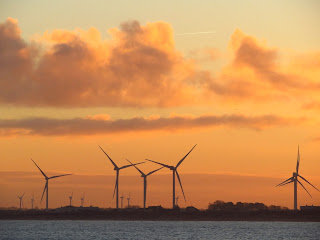 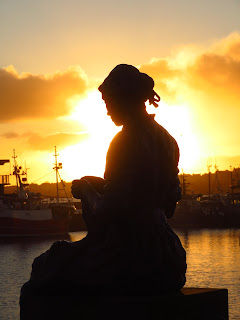 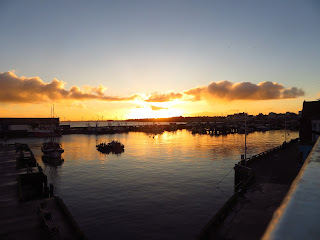 Saturday saw us traveling North to Filey, past the sheepy roundabout ( I'd forgotten about this) and managing to park on the sea front. 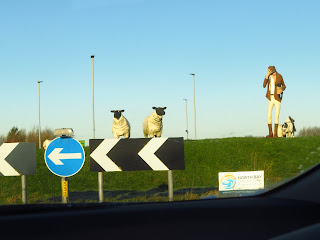 Ronald Falck was well known as a sculptor.  One of his most recognized works is  'The Dotterel Shepherd Dog & Sheep' located on the A165 Scarborough to Bridlington Reighton roundabout. 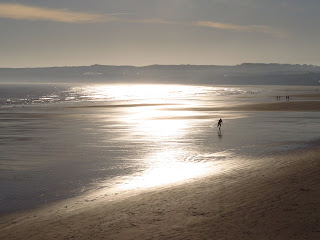 At the end of the front was a scale model of an aircraft to commemorate the flight of the Blackburn Mercury Mk1/2 from Filey to Scarborough in 1911 along with a model Edwardian beach hut. 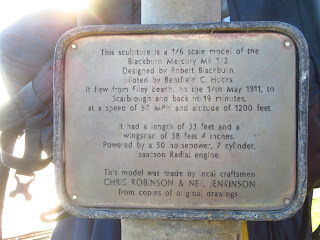 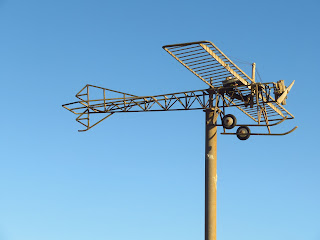 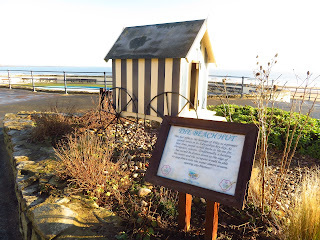 After a quick visit to the local craft/wood/ model kits shop we travelled back down to flamborough just outside Bridlington to see their lighthouse. Unfortunately I didn't get a photo of the old lightthouse but I'm sure we will be back as there is a cafe at the end of the road :-) 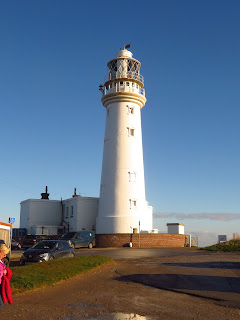 BTW, if any of my old biker mates see this, there is hardstanding free parking for bikes behind the toilets in the car park. 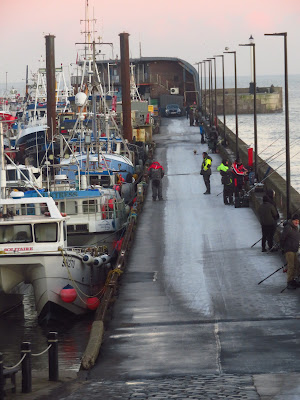 Back in Brid the frost hadn't thawed at all so it was time for a cuppa in the Spa and watch the boats head in on the tide. 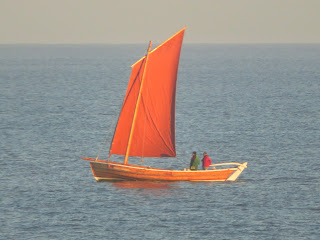 All in all it was a wonderful break inspite of the temperatures hovering around zero for most of it, the drive back was like a winter wonderland with a heavy frost but sadly my camera picked up only a little of it as we travelled. 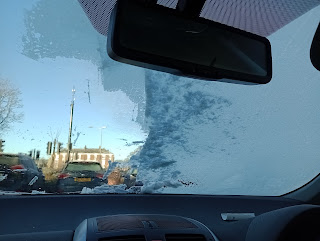 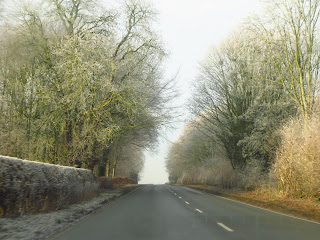 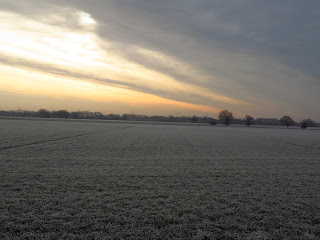 Thats all for now, sorry its been a long travel post, more of the usual crafty nonsense next time xx

Lovely photos! Poking about small towns is my favorite part of a road trip. I always head to the grocery store first. You can tell so much about a place by its small grocers.