Time for a quick fibre update. I have been continuing to try and wash all my raw fleece and I am now down to just four bags ( one of which arrived yesterday )

I still have a lot to prep and spin but at least it is now in the house where I can see it.

April spinning looks like this, the two white skeins are due to hit the dye pot tomorrow and the light grey skein will probably be on the needles later this week. 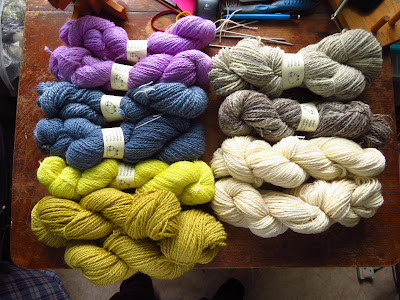 April Knitting- not so much due to the amount of spinning ! 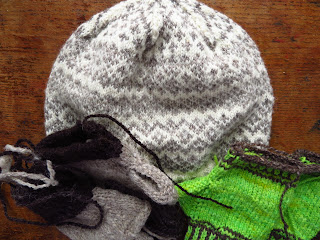 There has been some sporadic stitching but not a lot of progress so will update this next month.

I have given in and purchased a couple of fleeces this month, one of which is ready to process, The other one arrived yesterday packed in a cotton bag inside the plastic one. 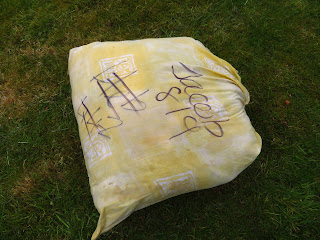 This is a 2'5 kilo, well skirted Jacob and when I tried to unroll it, it fell apart ! 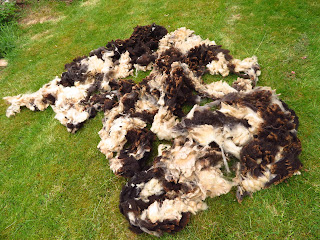 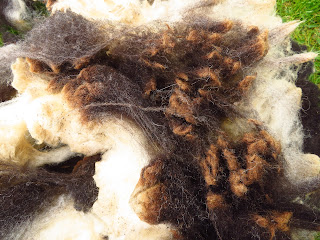 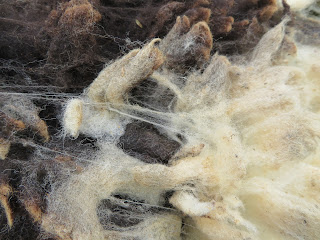 The plan is to wash this tomorrow, card into batts and pop in the van on our next trip together with the e-spinner, I have temporarily banned myself from using the treadle wheel due to it increasing the pain in my knee (last assessment said ligament damage )

Plans for May are pretty much the same as ever, spin down the washed stash, knit and stitch, Maybe a bit of lacemaking along the way and I'd love to find time to get an inkle loom out for a bit but that may be me being optimistic.

Amazing! Your skeins are spectacular.

Will there be time out for a coffee ?!!! It all looks lovely x

always time out for coffee :-)