Classic, vintage , hot-rods and a sting in the tail

Last weekend we were back on the road and also back in Yorkshire. We booked the Bridlington campsite earlier in the year when we found out that the Race the Waves event was going ahead this June.

Now that we have slightly more free time, occasionally travelling on a Thursday enables us snatch three nights away rather than just two so we had Friday free to shop (thrift/charity shops for DVDs to watch in the van when the weather turns) and visit an old fashioned ice cream parlour that we had spotted on-line. 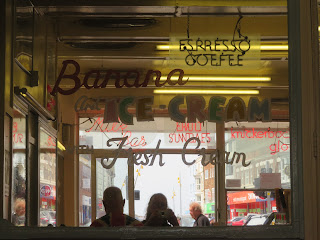 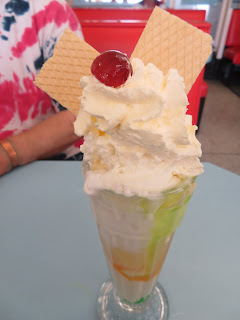 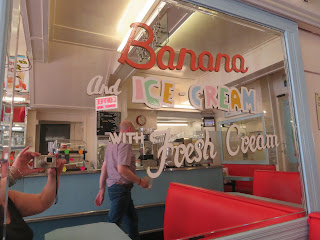 Back on the campsite this was the view from the window. There were three of the vintage trucks, two bikes, two vintage airsteam caravans and two very large RV's all camped together having travelled for the event for the first time. 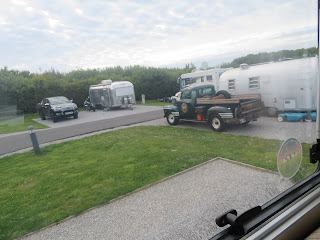 Saturday morning we headed down to the south beach along with the crowds to see the bikes and cars on the beach, with more than 160 bikes and the same number of cars this was the biggest Race the Waves so far. 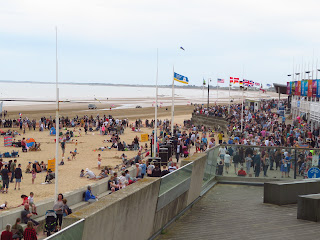 The bikes lined up first followed by the cars.

Then they paraded back so everyone could admire them. 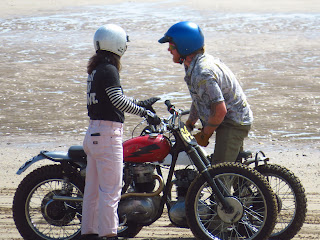 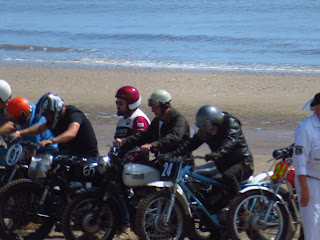 They then time trialled back down the beach, some being really competitive, some just content to take part. 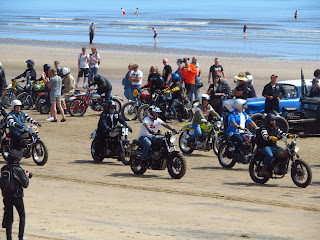 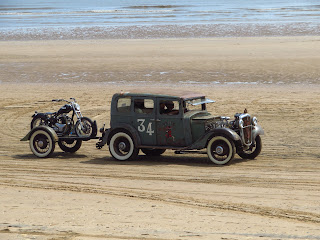 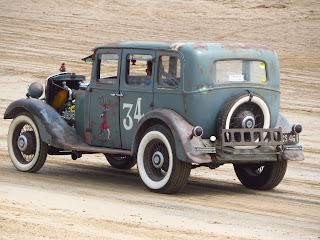 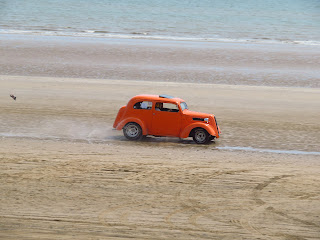 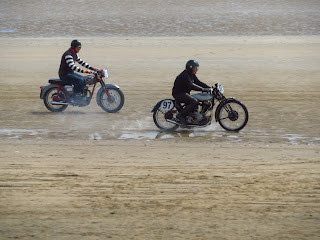 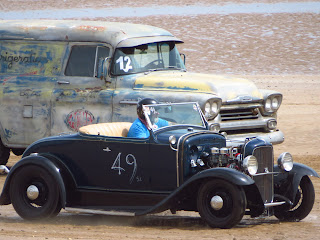 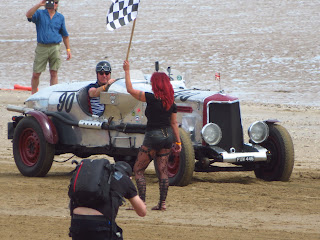 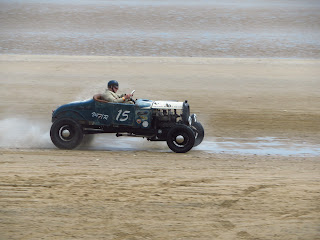 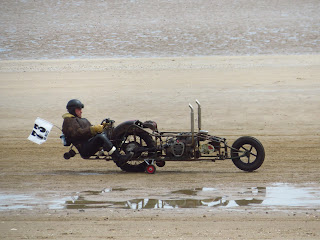 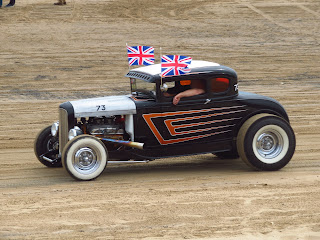 Brilliant weekend, fantastic weather ( a little bit sunburnt ) but as I said, a sting in the tail !!

On Sunday, this happened 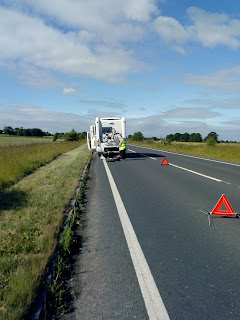 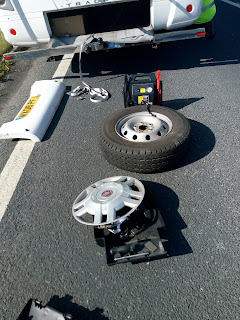 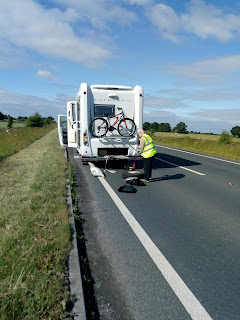 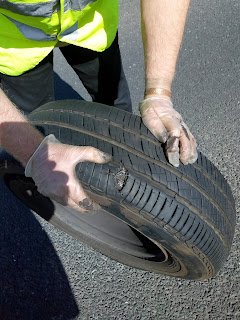 Yep, tyre went bang, we were both ok and Ian just got on with sorting out the spare as I grabbed the warning signs and high vis vests, we were back on the road within the hour.

The van is now back to the dealers again for new tyres, we checked back and these had been fitted in 2018 so would be due to be changed soon given all the standing around during the lock downs.

What an adventure! I am sorry to hear about the blowout. That must have been scary.