Up to my elbows in fleece (again)

Last week turned out to be fleece delivery week. After clearing the decks of almost all my fleece stash, I've started to restock with freshly sheared fleece.

The first to arrive was the RSPB ebay purchase of three un-named fleeces, the photos of sheep and rolled fleece indicated that at least one was a Jacob which is good as I'm on a woolly hat knitting kick at the moment and at £5 plus postage I was quite happy to take a chance. 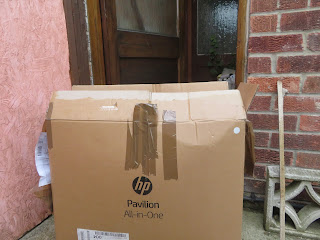 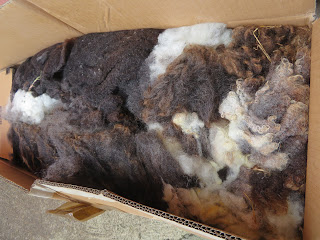 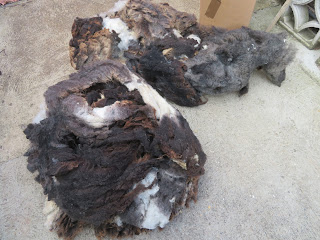 Yep, I would say that the box contained two Jacob fleeces :-) but the third fleece has me puzzled. 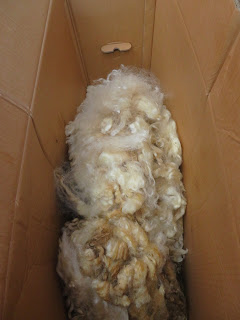 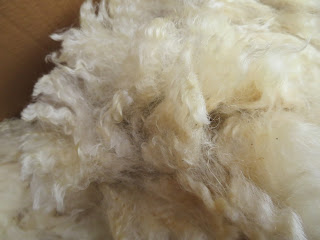 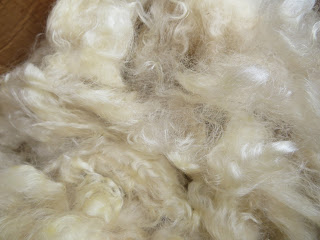 I'm leaning towards it being a Romey cross, I'll see how it washes up in the next couple of weeks.

Two days later the next parcel arrived containing three bags of fleece, two of them being from Dolly, the third from Daisy. These are a lleyn cross so not super soft but seriously warm and woolly once knitted so will be hats, infact one of the hats will be going back to the farmer in a few weeks as he said that he has never had anything made from his fleece. 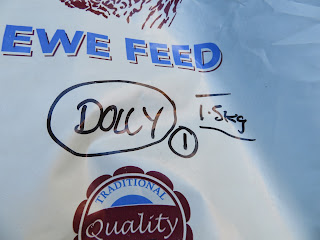 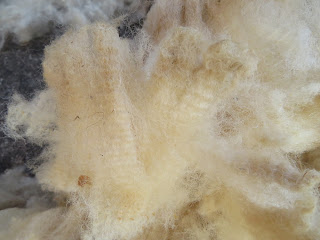 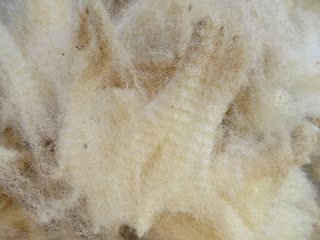 I've already washed and spun a few grams just to see what it's like and there is more in the bucket as I type. 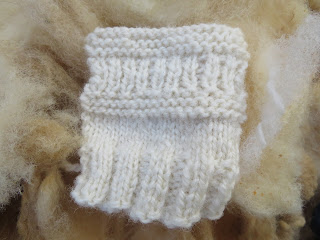 The next test will be to see how well it holds the dyes.

Wowza!!! You hit the jackpot. Those crimped locks are really lovely.

It takes me a very long time to wash, process and spin a single fleece. I'm in awe of your productivity!

Keep up with the blogging, it's good to see your progress with these.

WOW, that is a treat and for only 5 British pounds. I would be super excited to get that treasure trove :) Happy washing/spinning knitting. Susan
And kudos to you the gift to the farmer!!